Birch and Beech class became archaeologists today, as we took on the life of the famous archaeologist Basil Brown.  The man who discovered all those fascinating Anglo-Saxon artifacts (from the year 638AD) at the Sutton Hoo site in Surrey.

We delved deep into the mud with our brushes, protective wallets, and I-pads and discovered golden belt buckles, a warrior’s helmet, a sparkling shield and even a grand boat.  Who did this all belong too? Better ask your Birch and Beech class members to explain!

We’re going to be writing newspaper reports of what happened on this very day in 1938.  So watch this space to find out more. 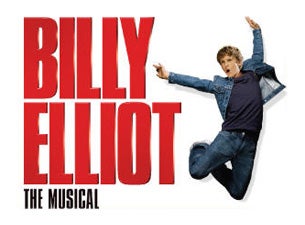 Last term, some fortunate children from Stoke Park School in Lockleaze took up the chance to visit the Hippodrome to watch the outstanding musical of Billy Elliot.

This inspired story is about a boy, Billy Elliot, who fought all the odds to follow his dream of becoming a ballet dancer. With self-belief, bravery and the support of other people he managed to succeed.

The interior of the theatre was adorned with royal red carpets and walls; our school was amazed by the posh and fancy rooms. It had a restaurant and a bar which we weren’t allowed in!  From the upper circle, we were privileged with such an impressive view.

The dazzling stage sparkled in anticipation.  When the performance began it went completely dark. And then, the red velvet curtains opened…

There was so much that took our breath-away! There were outstanding dances, dazzling scenes and astonishing actors. One of our favourite scenes was when Billy and Michael were dressing up as girls: it was hysterical! Another one we all enjoyed was where Billy danced to the incredible song ‘Electricity’, because it was a very passionate dance and there were mind-blowing tricks in it such as startling backflips and beautiful pirouettes.

We were extremely lucky to have exclusive backstage passes where we got to see some of the funky and colourful costumes as well as the props. We discovered some backstage secrets along with meeting some of the talented actors. Whilst we were backstage we met several actors including Billy Elliot’s father, his ballet teacher and grandma.

We asked the actors many questions to discover what life is like in their line of work.  Did you know that the child actors still have to go to school as well as rehearsing and performing? That sounds like a lot of hard work! And to mark our memorable experience we had our photo taken in first position.

The students who saw the show go to drama classes at Stoke Park Schools with a delightful lady and teacher called Miss Cook.  We’re really passionate and lucky to have exciting drama lessons. We were astonished and inspired by the performance of Billy Elliot; the actors spoke with so much character and we have learnt to put this into our own productions. Usually, we make a play about different celebrations for example, a play about Christmas or maybe Easter. Now we have loads of ideas to try out. But that’s not all…

Stoke Park also benefit from ballet lesson with Miss Sage. We have learnt an incredible dance from Billy Elliot’s ballet school audition (Electricity!) that was performed at Stoke Park School and was watched by a huge audience. Freddie has been so inspired from seeing the musical of Billy Elliot that it has spurred him on to be a better dancer: ‘Ever since I watched the show I’ve been practising my ballet skills even more than I did before.’

This talented student went on to perform an outstanding solo that included jumping over people and running through the middle of the surprised audience. When they first saw the dance they were crying with happiness and were really proud of the dancers. The dancers were nervous at first but after the spectacular show they wanted to perform the whole dance over and over again! Bravo Stoke Park!

Written by children in Year 5.

Today we used drama and empathy to imagine ourselves as evacuees during World War II. The children learnt about what life was like, what belongings children would have and how people bought food. We were lucky enough to have a source of primary evidence, as a genuine evacuee, Rita, came to visit us. The children displayed outstanding behaviour, whilst they interviewed her and learnt a great deal about life during this time. We would like to thank Rita for coming in and we look forward to retelling these stories in our short burst write, at the end of the week.

Spotting planes in the sky.

Cheque for £1,451 presented to the school from the Lockleaze Trust

Bob, our Chair of Governors, visited Stoke Park today to present us with a cheque for £1,451 from the Lockleaze Trust. This money will mostly be used to help fund our Year 6 residential to Kilve Court, reducing the amount pupils have to pay. A small part of the money will be used for gymnastics equipment.

Dragonflies had a wonderful time this morning exploring the snow! We made snow angels, looked at our snow footprints (can you spot any dinosaur footprints?!), threw snowballs and even made a tiny snowman! When we came back to class we thought about our snow adventure and did some brilliant snow pictures and snow writing about our morning.

Following consultation with you at parents evening we have some exciting news regarding our uniforms!

We now have a school PE kit which is now available to buy from our school office.  On days where your child takes part in drama, dance or sports your child may wear their PE kit to school rather than wearing their usual school uniform and having to change for PE. On all other days normal school uniform can be worn.  Please see the options and prices attached below.

Living Streets (the charity who promote us travelling actively to school) have created a Bristol-wide competition during this particularly cold spell!

They would like the children at Stoke Park to take a photograph of something they see on their walk to school that they wouldn’t have spotted if they had gone by car. All entries should be accompanied by a short  statement telling us why you love walking to school (no more than 50 words).

The top 9 photographs chosen within Bristol will win an unlimited family ticked to SS Great Britain (which lasts for a year!)

All entries should be handed to Miss Meek by Friday 3rd February!

*Please ensure that no children feature in the photographs for consent reasons as these entries will be posted to Living Streets.

Year 5 showed super behaviours on their trip today to the M-Shed. We learnt about what life was like in Britain during World War 2. We had the opportunity to interact with genuine items collected from WW2 and learnt about Bristol life and how the war influenced us.

Here are some quotes from the children…

“It was really fun and my favourite part was experiencing the Anderson Shelter.”

“I enjoyed learning about the different, everyday items, that were used in World War II”

“As always Oak Class behaved impeccably and staff from the museum said how wonderful they were.”

Written by the children in Oak Class.

We’re going on a bear hunt in Nursery

Where will we go on our bear hunt? Through the squelchy mud, the soft grass or the cold snow? The children experienced walking through different textures and described how they felt using words from the story or new words - spiky, freezing, squashy, wet. They then continued exploring the …Read More

A large web has been spun outside the Early Years class rooms. How can you get across Incy Wincy Spider's web without being caught? Will you go under or over it, but be careful not to touch the web!

Walking down the red carpet

As part of our 'I'm a celebrity' topic, children in KS1 were invited to dress up as their favourite famous person or icon from past or present. We had a huge range of celebrities in the classroom, ranging from actors such as Tom Holland and Johnny Depp, to historical figures …Read More

It's been a long process. We began by talking about real vehicles and the jobs they do. We also explored toy cars, trucks and trains in school, thinking about how they were put together and the names of the parts. We then designed our own toy vehicles as Christmas gifts. …Read More